Meet Lucifer Morningstar, he is a fallen God's angel and former ruler of Hell, who voluntarily left it to become the owner of the Lux nightclub in Los Angeles. He is also known as the Devil or Satan and is the main character of the popular fantasy television series Lucifer, which was based on the comic book series. He has the best friend Lilith, who put her immortality in the ring and gave it to Lucifer. The famous movie cursor for a mouse with Lucifer Morningstar and his Ring! 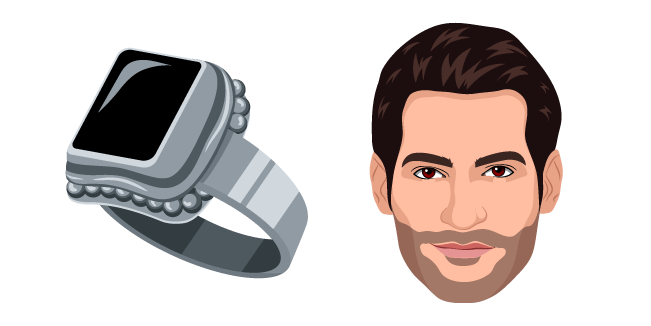 Back to the Future Marty McFly and Skateboard cursor

The Chronicles of Narnia Susan cursor