This Minimal Vinyl Record cursor pack represents a phonograph record, also known as a gramophone record or simply a record, an analog sound storage medium in the form of a flat disc with an inscribed spiral groove. The track usually starts near the periphery and ends near the center of the disc. At first, these records generally were made from shellac, with earlier records having a fine abrasive filler mixed in. Starting in the 1940s polyvinyl chloride became common, hence the name vinyl. Also, it is called the LP from long playing or long play. 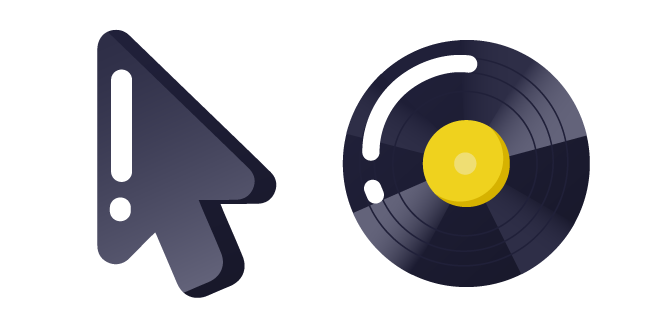