Let's go back to the ancient time, where we can meet Vikings - the Scandinavian seafaring warriors who were raiding and colonizing areas of Europe and continents. The name víkingr means pirate in the early Scandinavian languages. They were also called Norseman or Northman. Even though they are from Scandinavia, Vikings had traveled far from home - to Baghdad and North America, so their descendants could be found across Europe – for example, there are Normans in northern France and they were Viking descendants. Who knows, maybe you are a Viking too? Minimal cursor with Viking Helmet. 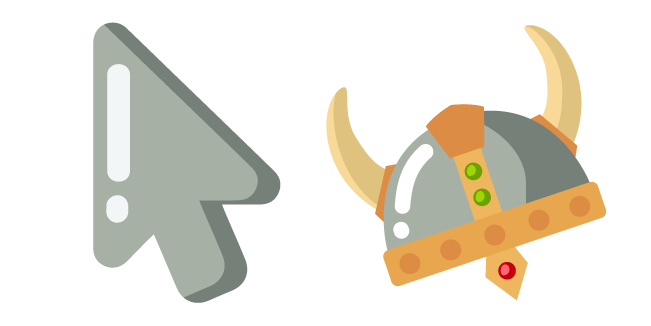