The unbelievable phoenix is a mythical, sacred firebird that takes its origin from the mythologies of the Greeks and Romans. It dies in a pyre and is reborn from its own ashes. This immortal orange bird may have been inspired by a similar creature from Egyptian mythology called the Bennu. You could see this mythical creature in many fantasy movies, like Harry Potter or Mulan. Minimal cursor pack with Phoenix fanart cursor. 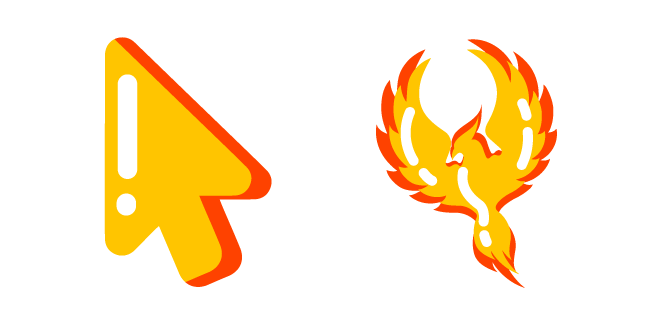