Handheld fan or simply hand fan - that is what everybody dreams about on a really hot day. Actually, it was originated in ancient times - about 4000 years ago in Egypt. Egyptians believed that they are sacred objects and used in religious ceremonies. The tomb of Tutankhamun contained two elaborate hand fans. The folding hand fan, which we know today, has many legends of its creation from Japan or China. Minimal cursor with Hand Fan. 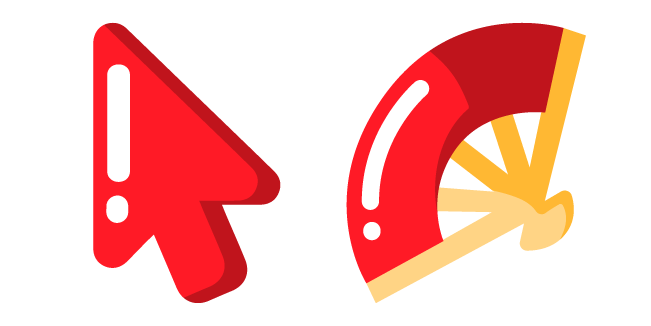