This beautiful creature, as you know, is a fairy also called fay, fae, fey, fair folk, or faerie and it is a kind of mythical being, a legendary creature found in the folklore of multiple European cultures among which are Celtic, Slavic, Germanic, English, and also French folklore. It is believed that a fairy is a form of spirit, often described as something magical, metaphysical, supernatural, or preternatural. Minimal cursor pack with fanart purple Fairy cursor. 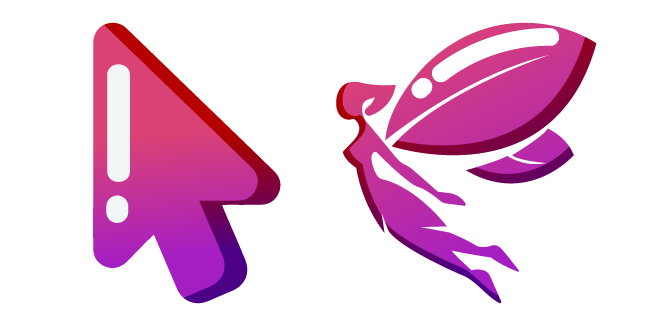