Atoms are the smallest units of ordinary matter that forms a chemical element. They define structure of elements and they are made up of a nucleus, protons and electrons. The term atom comes from the greek word for invisible, because of their small size. It was even once thought that the atoms were the smallest things in the universe and they cannot be divided. But scientists proved, that atoms are made up from three particles, that can also be decided to quarks. A Minimal cursor with an Atom! 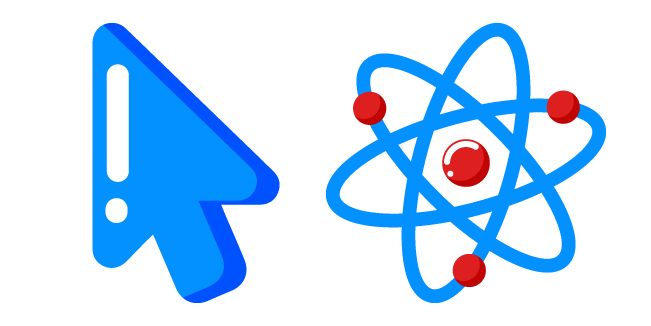