The Nameless One is a boss mob that can be found within Minecraft Dungeons. It has an appearance of a large skeleton that wears a crown of some unknown material over a robe and a belt. It has glowing dark green eyes and has robes with green translucent smoke coming out from underneath it, as it has no legs. Also, this character has a staff that allows it to summon the skeleton vanguards. Minecraft cursor pack with fanart Nameless One game cursor. 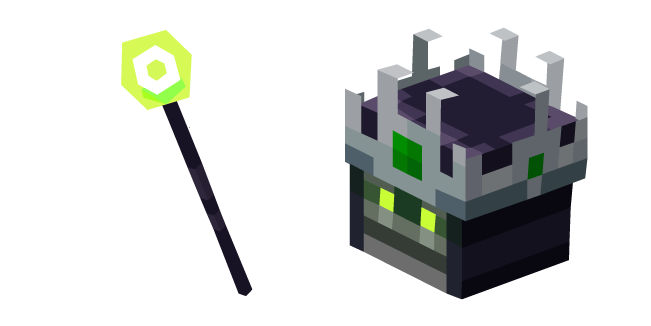