Many hostile mobs lurk in the Nether of Minecraft game. A Magma Cube is one of them, it behaves like a slime mob, but it's significantly stronger and more dangerous. It seeks out players or iron golems and hops to them for the fight. Their jumps depend only on Magma Cubes' size. If you see one take not that it cannot be damaged by burning or falling, but if you defeat it, it will drop Magma Cream as loot. A Minecraft cursor with Magma Cube and Magma Cream. 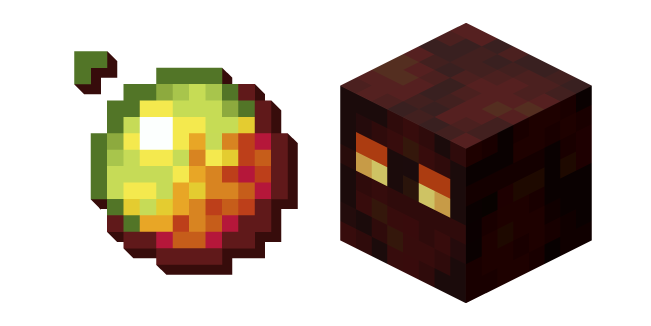