Everyone's favorite sandbox game Minecraft already has many expansions and DLC's. In the September of 2020, Minecraft Dungeons received a second DLC called The Creeping Winter. It added tons of fun to the already addictive game, like new heroes, locations, mobs, tools, armors, weapons, and artifacts. One of those additions was an Ice Wand. This magical artifact can create large Ice Blocks that can crush your foe in seconds. A Minecraft cursor with Ice Wand and Ice Block! 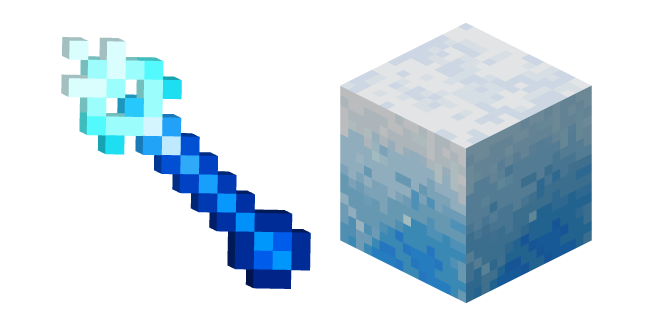