TNT in the well-known game Minecraft is an explosive block that consists of dynamite and can be primed to an explosion. During the explosion, TNT deals damage to players, mobs, other entities, and even blocks! The player can get TNT by breaking it with a tool or hand, as well as drop it when the TNT minecart is broken. An activated TNT cannot be moved by the player or mob, but it will move in lava or water. The Minecraft cursor and game pointer with Dynamite and TNT! 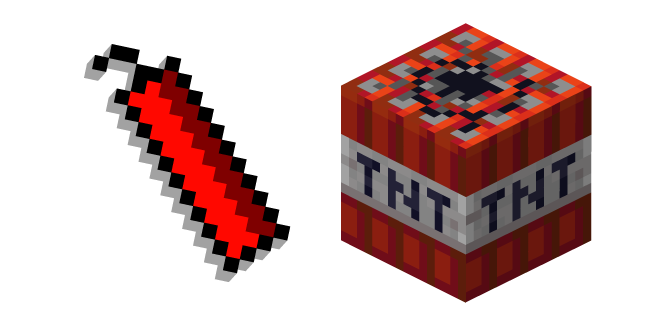