Meet Edward Allan Charles Brock and he is a supervillain who later became the anti-hero of the Marvel Comics universe. Eddie Brock became popular due to his symbiote connection. Venom, by the way, is the connection of the human body with an alien parasite called the Venom Symbiote. A supervillain in the form of the Marvel cursor with Venom Eddie Brock! 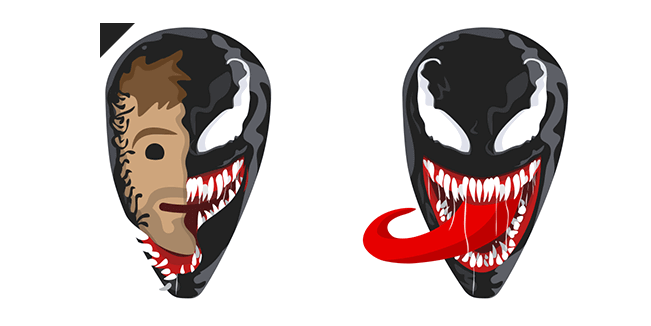 Guardians of the Galaxy Gamora and Sword cursor