Black Panther is a superhero in the Marvel Comics universe who possesses superhuman strength, genius intelligence, fast speed, increased stamina, agility, and the like. Actually, the head of state of the Wakanda kingdom named T'Challa took on the role of the protector of the nation, the Black Panther, after losing his father. The cool Marvel cursor for a mouse with Black Panther! 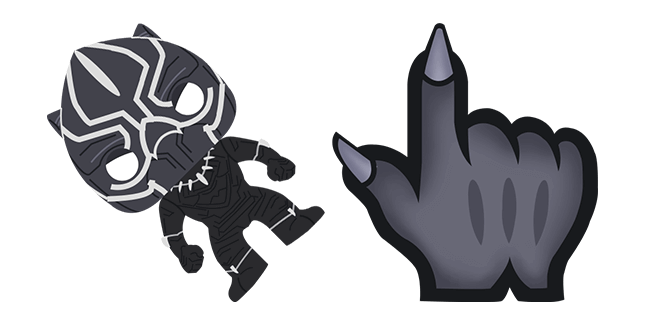