Teemo is a legend yordle and champion in League of Legends. He is friends with Corki, Lulu, Kennen, and Tristana. At a time when most yordles aren't good at solo scouting missions, Teemo does it surprisingly well. His weapon is a blowgun, which also can become a laser gun. Instead of dancing over the lost champion, Teemo does pull-ups on his stretched blowgun. Game cursor with League of Legends yordle Teemo and Blowgun. 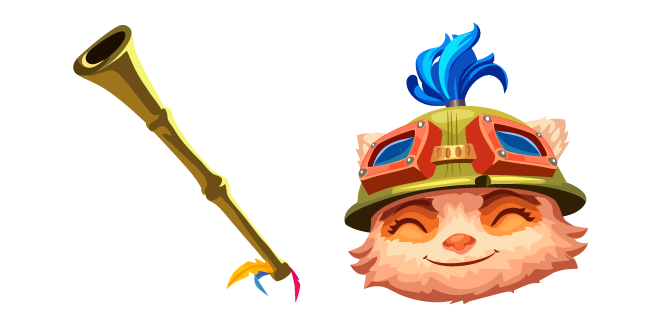