A symbol of terror and pride in a form of a flag tells us the story of Jolly Roger, a skull and crossed bones flag that is been associated with pirates since the Golden Age of Piracy and centuries after. It was commonly used to identify a pirate ship that's about to attack and to notify that no mercy will be given when looting the trade ships. Pirates commonly stashed looted items on the deserted island, and to find that loot or treasure afterward they drawn what we now call treasure maps. The two most iconic pirates symbols that could be found on every pirate ship can be now found in our collection in Jolly Roger and Treasure Map mouse cursor. 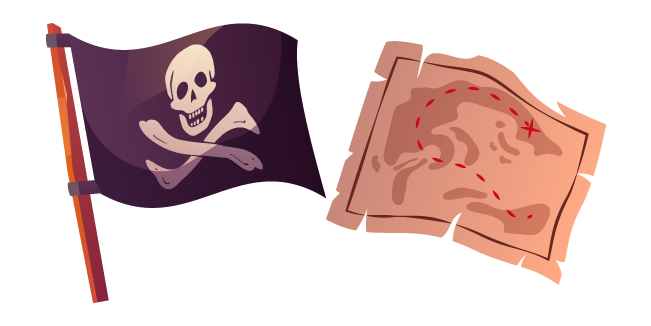