Chef Kawasaki is an orange egg-shaped character, dressed as a chef and holding a pan in hand, who debuted as a mid-boss in the game Kirby Super Star. Chef Kawasaki attacks by throwing plates from his pocket at Kirby or frying him in a pan. After defeating Kawasaki, Kirby can suck him in for the Cook ability, since he is the only source of this ability. The game cursor for a mouse with Kirby Chef Kawasaki! 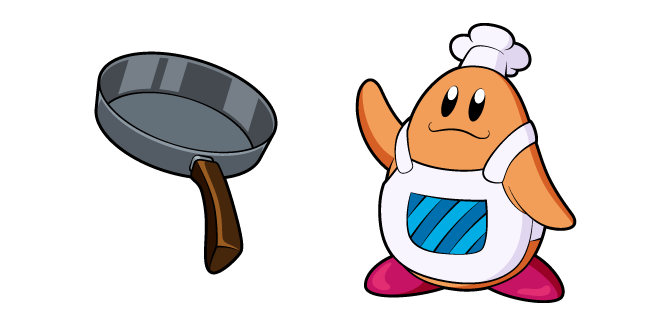