This round monster with two horns, thorned hands, two teeth, and a frowning eye is the Boss in the popular music game Just Shapes and Beats by Berzerk Studio. The boss can infect everything he touches with the pink virus. After completing twenty-three levels and defeating five boss battles, you will meet the Final Boss. The Final Boss has a wide crazy smile, two eyes, and a crown on his head. The game cursor for a mouse from Just Shapes and Beats with Boss and Final Boss! 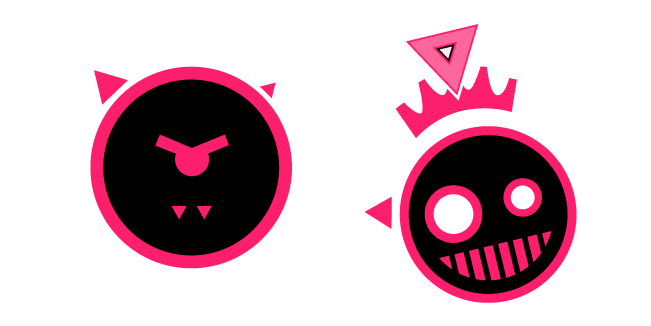