Jotaro Kujo is the hero of the Japanese anime series Bizarre Adventure JoJo.Jotaro is a half-Japanese and a hooligan who lived an ordinary life until Dio returned - an old enemy of the Joestar family. This character has an incredibly powerful humanoid stand - Star Platinum. Jotaro, by the way, is not only the most famous character, he also the first JoJo, which has a stand. Star Platinum looks like a tall, muscular man. It has purple, blue, green, and a little gold shade. Do you like this anime series and Jotaro Kujo with him Star Platinum stand? Then you will like our cursor for a mouse with JoJos Bizarre Adventure Jotaro Kujo and Star Platinum! 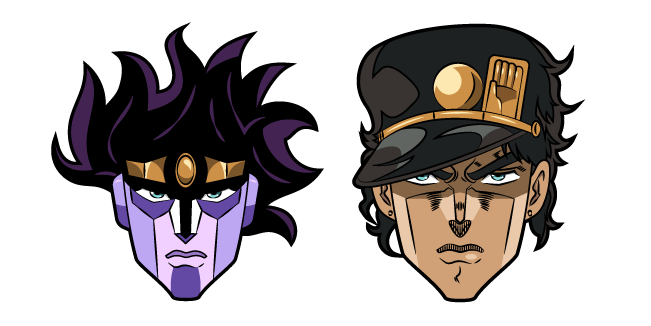