Seth is a character in the multi-platform computer game in the genre of Metroidvania "Hollow Knight". The game follows the adventures and discoveries of a knight in the long-abandoned insect kingdom of Hallownest, while Seth is the ancient protector of the Citadel. He keeps a long-forgotten secret and will attack anyone who gets too close. Seth has great endurance and strength, which distinguishes him from ordinary insects. This ancient guard will fight to the end, and he hits with blinding speed. The character Seth appeared in the game "Hollow Knight" in memory of the fan with the same name - Seth Goldman. Enjoy our cool cursor with Games Hollow Knight Seth for a pointer! 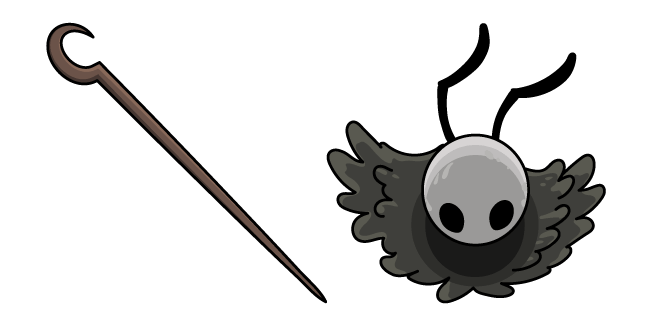