Jacob Kowalski is one of the main characters in the movie Fantastic Beasts and Where to Find Them. He is a young, shaved American non-magician who lived in New York in the twentieth century and spoke with a Brooklyn accent. Jacob Kowalski helped British wizard Newt Scamander in search of magical creatures that got out of the suitcase. Through Newt, he turns up in the wizarding world, but his memories were erased, as required by magical laws. Later, Jacob became the owner of a successful bakery, as he dreamed of. Add this cool custom cursor Jacob Kowalski and Suitcase for a pointer! 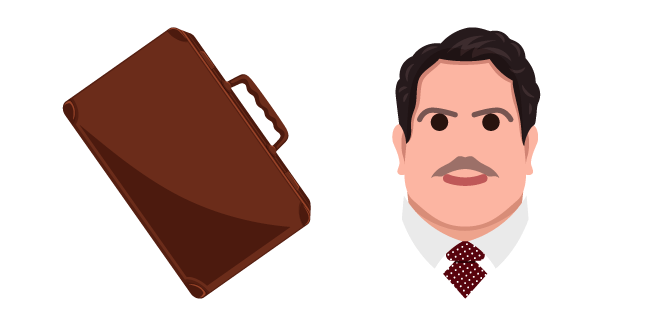