Razor is a playable Electro character with red eyes and grey hair in the Genshin Impact game. As he was left in early childhood, he was taken in by the Wolf of the North, Andrius, and raised by his wolf pack in Wolvendom. After he has met the Grand Master of the Knights of Favonius and the Knight of Boreas, he has started getting closer to humans again. Genshin Impact cursor with Razor and Sword. 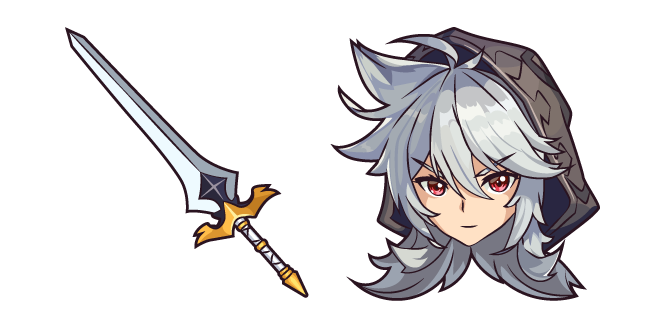 Genshin Impact Faruzan and Elegy for the End cursor