Ninja Stealth Elf is a Series 3 counterpart of Stealth Elf, which is also one of the three starter characters of Skylanders in Skylanders: Ring of Heroes. Stealth Elf's outfit consists of a brown, cropped tank top that reveals her bare green skin, matching gloves with two gold buckles on each wrist, mask, tights, skirt, and boots with the same buckles. She also has long blue hair tied in a braid. Skylanders cursor pack with fanart Ninja Stealth Elf game cursor. 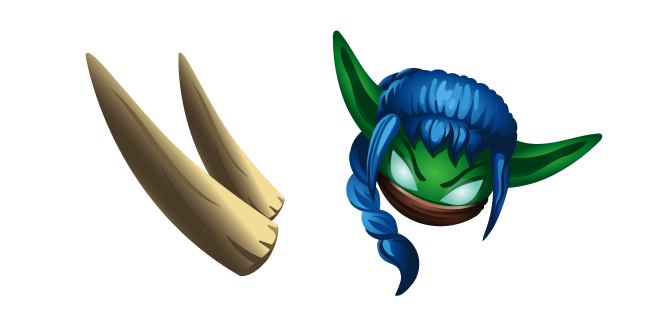 The World Ends With You Nagi Usui cursor

The World Ends with You Shiki Misaki and Mr. Mew cursor