This large orange cat with brown stripes and a white napkin with a blue fish around his neck is called Brutus and he is a playable character in the popular Super Cat Tales series. Brutus can quickly run and jump on walls, and his special ability is breaking blocks when he runs into them. Brutus loves to sleep and eat, especially pizza, which is why he is considered a very harmless cat. The game cursor for a mouse with Super Cat Tales Brutus! 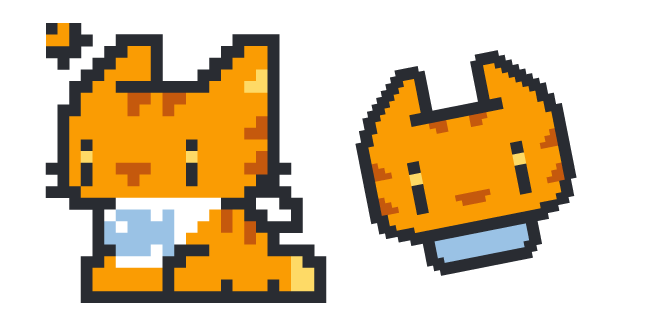 The World Ends With You Daisukenojo Beat Bito cursor

Enter the Gungeon Frifle and the Grey Mauser cursor