This blue-green lovely ball-like creature is the Prince of Cress and a recurring character, that first appeared in Klonoa: Door to Phantomile. Huepow has also appeared in Klonoa: Moonlight Museum, Klonoa: Empire of Dreams, Klonoa Beach Volleyball, and his most recent appearance was in Klonoa: Dream Traveller of Noctis Sol. Most of the time, he was shown as a companion of Klonoa's, which enables him to use the Wind Bullet, when inside of his Wind Ring. Klonoa cursor pack with fanart Huepow game pointer. 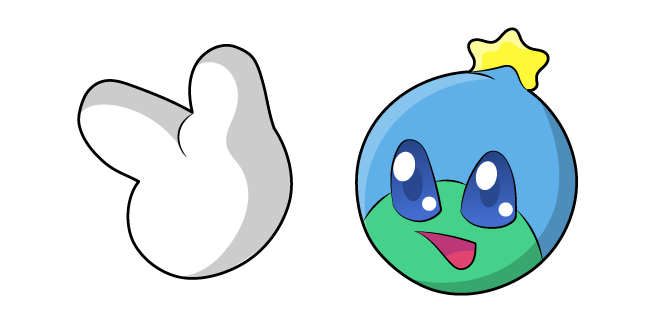 Obey Me! One Master to Rule Them All Lucifer cursor