Zexion is shown as the Nobody of Ienzo, and Rank VI of Organization XIII. He weaves illusions to fight for him. In Kingdom Hearts Re: Chain of Memories, Zexion's weapon was revealed to be a book called a Lexicon. In this game, he is a participant in the struggle within the Organization between the more recent and veteran members. Zexion also appears in Kingdom Hearts 358/2 Days as a playable character in Mission Mode. Kingdom Hearts cursor pack with Zexion fanart game cursor. 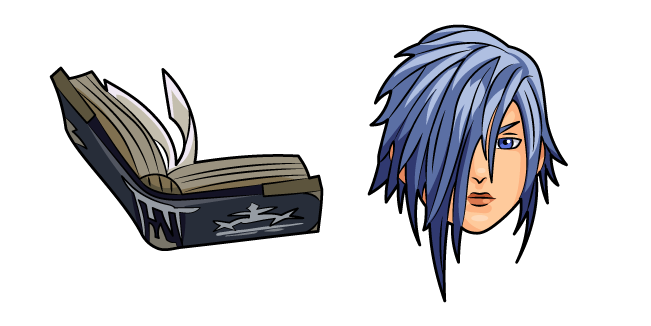