Hal is an emerald toucanet who serves as the sixth member of Red's Flock in the Angry Birds franchise. He was shown to be a young and clumsy character in some media, while being depicted as an older, wiser one than others, but he is consistently shown to love adventure and plays the banjo as a hobby. Hal has a huge, orange beak and green feathers. Angry Birds cursor pack with fanart Hal game cursor. 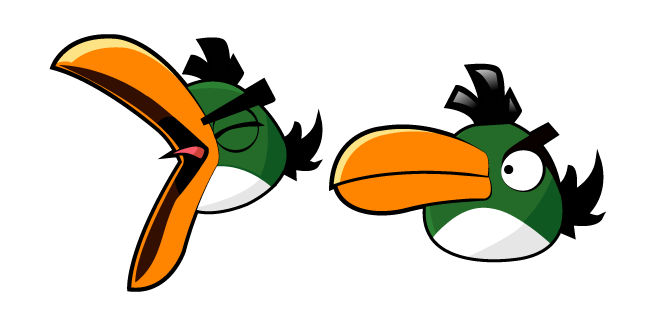 Enter the Gungeon Frifle and the Grey Mauser cursor