Julian Testis Whitmore is an unlockable opponent in Vs. Whitty Definitive Edition. He was originally going to be a retelling of the OG Whitty. He currently has 1 Story Mode song, like Underground, and 2 Freeplay Songs like Low Rise and Hungry. Julian is a dark-skinned man with slicked-back shoulder-length hair that he ties into a ponytail, as well as orange eyes with small light yellow pupils. FNF cursor pack with fanart Julian Testis Whitmore game pointer. 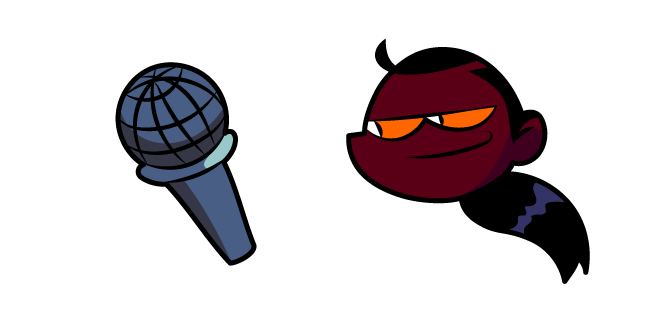