Gabriel Updike, or just simply Updike, was a secret character in the Vs. Whitty mod, which appeared due to sock wishing to keep Whitty and Updike seperate. He is a humanoid, with white curly hair resembling the shape of cloud, and he has prominent curled-up bangs which resemble an unibrow to some extent. He was a weatherman, but now he is leader of a highly specialized taskforce The Greater Good. Friday Night Funkin' game cursor with fanart Gabriel Updike cursor pack. 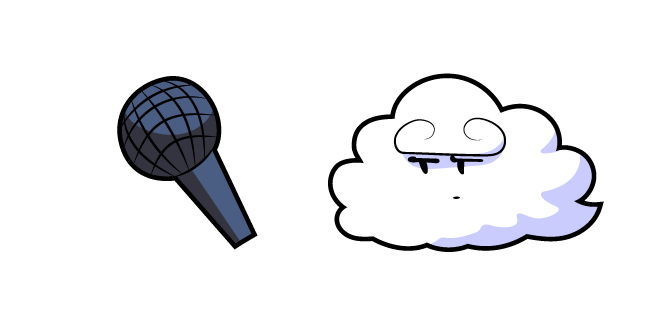