Darnell is a background character that appears in Week 5 of the Friday Night Funkin' game. Darnell originates from Darnell Plays With Fire, a short Flash movie created by Tom Fulp, but in FNF he is chosen to have a major role in the future. He has 3 confirmed tracks, where he appears as an antagonist: Darnell, Lit Up, and 2Hot. He looks like a young, dark-skinned man with tall purple hair that swipes up in a sharp arc and white eyes. FNF cursor pack with fanart Darnell game cursor. 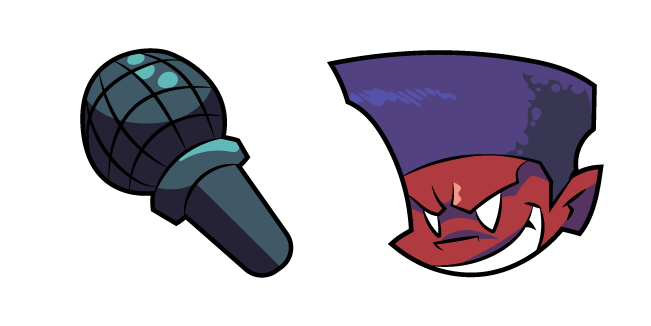