Lara Croft is a Gaming Legends Series Outfit in Fortnite: Battle Royale, that could be unlocked at level 15 of Chapter 2: Season 6 Battle Pass. She is part of the Lara Croft Set. Originally, Lara Croft is from the Tomb Raider Franchise, but also she is the protagonist of Square Enix's Tomb Raider series - a muscular English archaeologist, treasure hunter, and tomb raider. Fortnite cursor pack with fanart Lara Croft game pointer. 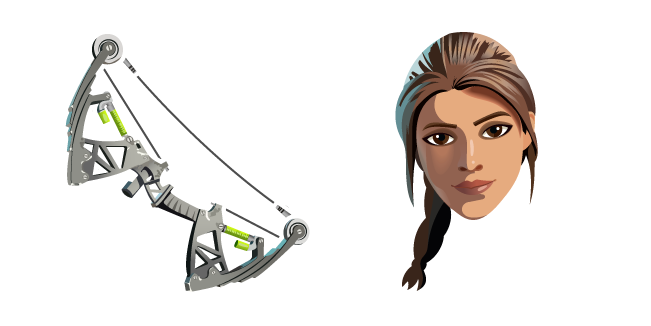