No matter who you are, no matter where you are from, it's impossible to say that this flower is not pretty. Pink magnolias are spectacular flowers and trees, which can be evergreen or deciduous and are believed to be the earliest known ancient flowering plants on the Earth. By the way, it was named after the French botanist Pierre Magnol. Also, it's worth admitting its fragrance, which is magical and many perfume companies use it. Flower cursor with Pink Magnolia. 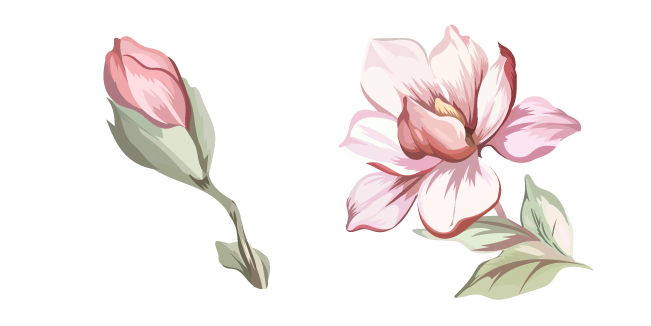