Ike was presented as the blue-hair central character of Fire Emblem: Path of Radiance and one of the main characters in Fire Emblem: Radiant Dawn. He is the son of Greil and Elena, as well as the older brother of Mist. He is also the fearless leader of the Greil Mercenaries and the first main character who is not of noble birth, the second being Byleth. He also wields the Regal Sword. Fire Emblem cursor pack with fanart Ike and Regal Sword game cursor. 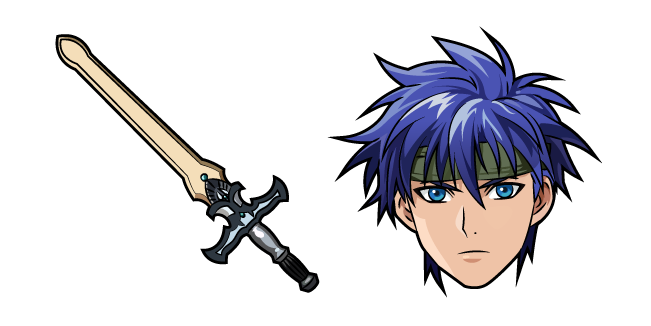