Dimitri is a playable character and one of four main protagonists in Fire Emblem: Three Houses, who is the 17-year-old prince of the Holy Kingdom of Faerghus, the house leader of the Blue Lions and a student at the Officer's Academy. His hometown is Fhirdiad, and he resides in Garreg Mach Monastery. He has a Minor Crest of Blaiddyd and wields Lances as his main weapon. Fire Emblem cursor pack with fanart Dimitri game cursor. 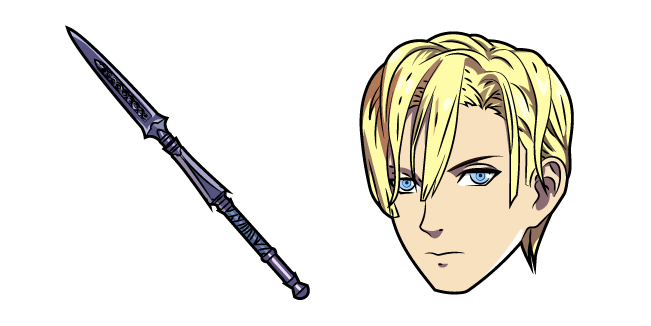 Fire Emblem Byleth and Sword of the Creator cursor