For sure, you have seen this kind of dog in your city or in another. Originally, the Bull Terrier was developed in the 19th century as a fighting dog and, later, they became a fashionable companion for gentlemen, but these days they are a family companion and just a show dog. Their main feature is their long, egg-shaped head. So you can have this unique dog as a fanart Bull Terrier Dog cursor for a mouse. 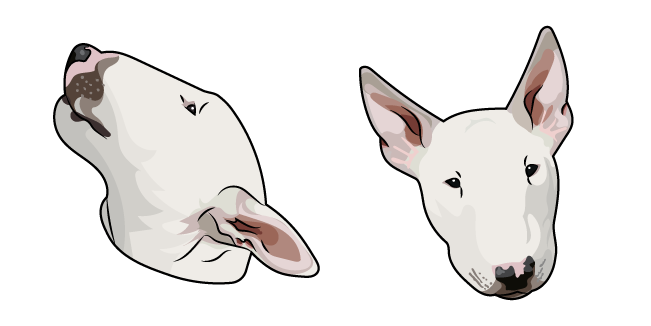