Rise of the Guardians Jack Frost and Magic Staff Cursor

This guy with pale skin, blue eyes, and silvery-white hair is called Jackson Overland Frost and he is the main character of the Disney cartoon Rise of the Guardians. Jack Frost is a very funny, gentle, generous, and carefree guy who is capable of manipulating snow, cold, and ice. He possesses superhuman strength, speed, magic, can fly, and also uses the Magic Staff as his main weapon. The cartoon cursor and Disney pointer from Rise of the Guardians with Jack Frost and Magic Staff! 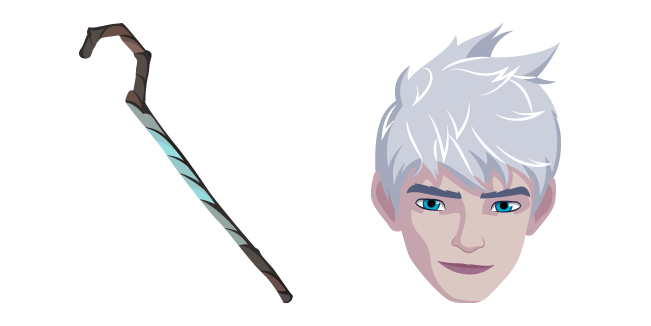 The Nightmare Before Christmas Oogie Boogie and Dice cursor

Star vs. the Forces of Evil Moon Butterfly cursor

Mulan Sword of the Ancestor cursor

Star vs. the Forces of Evil Marco Diaz cursor