This cute little duck in a green hoodie with curled hair is named Louie and he is one of Donald Duck's nephews triplets in the animated television series DuckTales created by Walt Disney. He is the youngest of the triplets, charismatic, calm, and a good liar. Louie, like his uncle Scrooge, loves money, treasures and wants to become rich, but he doesn't like hard work and shies away from things that he doesn't like or are tired of. The small white duck Louis loves to watch TV and sit on his phone. The cartoon cursor and pointer from DuckTales with Louie Duck and Phone! 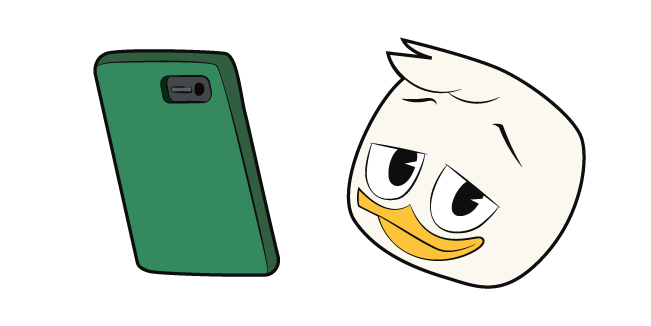