Prince Derek in the fun cartoon Disappointment is the only son of King Zog, the younger brother of Princess Bean and heir to the Throne of Dreamland. Prince Derek has blue skin, a large nose, and black hair that covers half of his face. He is a very quiet, shy, and naive guy who loves to watch the news and play with his toys, especially a teddy bear named Mr. Bear. The cartoon cursor and Disenchantment pointer with Prince Derek and Mr. Bear! 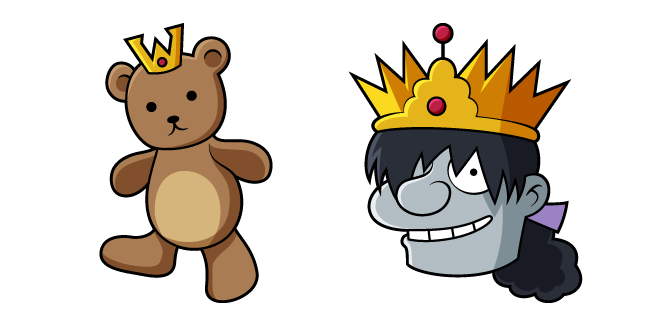