Hinatsuru is a kunoichi and one of Tengen Uzui's wives in the Demon Slayer Kimetsu no Yaiba anime series. She is depicted as a young woman of middle height having a curvaceous and slender figure with long black hair that she typically keeps tied back into a ponytail. Hinatsuru possesses some form of shinobi skills, being qualified of wielding a kunai as well as performing tricks. Demon Slayer cursor pack with Hinatsuru and Kunai fanart anime cursor. 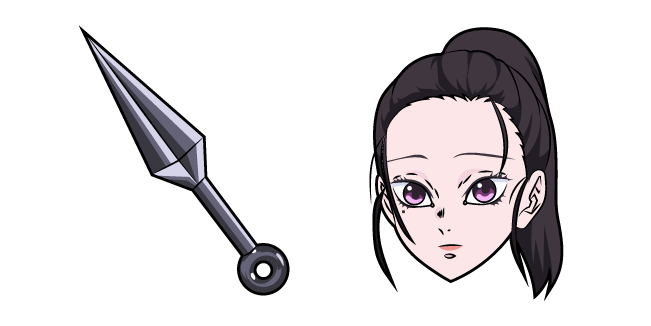