Tanjiro Kamado is the main character of the Demon Slayer: Kimetsu no Yaiba anime series, where he is shown as a Demon Slayer in the Demon Slayer Corps, who joined to find a cure to turn his sister back into a human and to hunt down and kill all the demons, and later swore to defeat Muzan Kibutsuji, the King of Demons, in order to prevent others from suffering the same fate as him. Cute cursor pack with fanart Demon Slayer Tanjiro Kamado cursor. 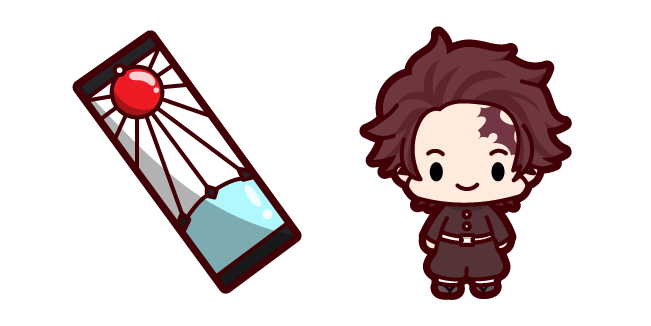 Cute Unicorn on the Moon and Cloud cursor