A rainbow is stated to be a meteorological phenomenon caused by reflection, refraction, and dispersion of light in water droplets resulting in a spectrum of light appearing in the sky. It takes the form of a multicolored circular arc. This natural thing is caused by sunlight that always appears in the section of the sky directly opposite the Sun. But we decided to make an unusual one, which would be soft, flexible, and more interesting than our fanart Soft Rainbow cursor pack. 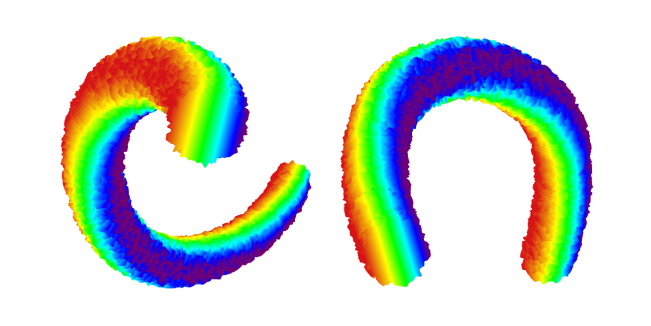