The thing you see in our Radar cursor pack is a radiolocation system that uses radio waves to determine the distance, angle, and radial velocity of objects relative to the site. It is needed to detect and track aircraft, ships, spacecraft, guided missiles, motor vehicles, weather formations, and terrain. The term came from the United States Navy as an acronym for radio detection and ranging. It was developed secretly for military use by several countries before and during World War II. 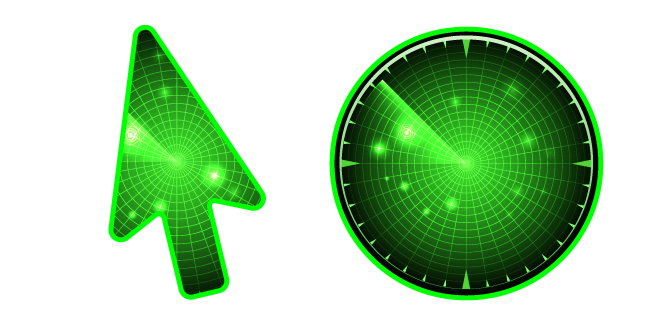