Cameroon is a country in west-central Africa, which is washed by the waters of Bight of Biafra. The national flag of Cameroon was adopted on May 20, 1975, and is divided by three identical vertical stripes of green, red, and yellow colors. Green symbolizes the forests in southern Cameroon, red is the color of unity of the north and south of the country, and yellow symbolizes the sun and savannahs in the northern part. There is also a golden star on the flag, which represents the unity of the state. The flag cursor for a mouse! 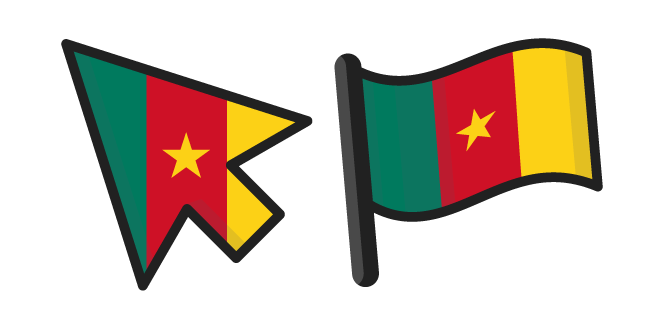