Black Raisin Cookie is an Epic Cookie, which loos like a black raven and was released in the first half of the Lost Kingdom update, which has a supporting role in World Exploration's Castle in the Sky and the Timeless Kingdom where she teams up with GingerBrave and Friends to explore the Vanilla Kingdom. This black-colored Cookie later makes a reappearance in Chapter 1 of Cookie Odyssey. Cookie Run cursor pack with fanart Black Raisin Cookie game cursor. 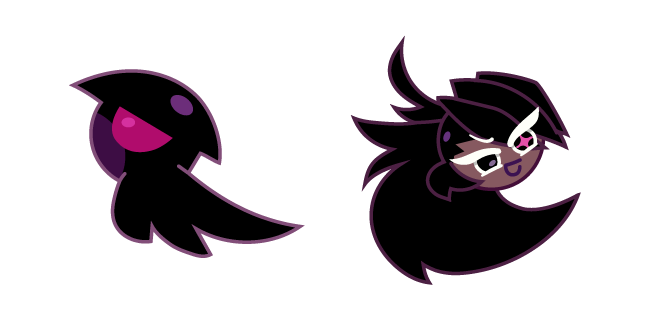