Li'l Petey also known as Cat Kid, is the secondary protagonist of the Dog Man comic series, and the main protagonist of Cat Kid Comic Club. He is a smart yet naive orange tabby cat and is Petey's son, the leader of the Supa Buddies, and the president of Cat Kid Comic Club. This is a very joyful and silly character, like his father Petey, was when he was little. Dog Man cursor pack with fanart Li'l Petey comics cursor. 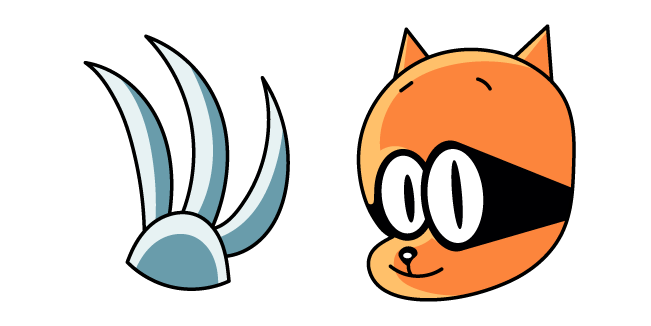