This man with black eyes, hair, stubble, and a microphone in his hand is called Chris McLean and he is the main character and host of the funny Total Drama. He is a highly narcissistic, arrogant, and selfish character who strives to keep the drama on the show constantly. Chris McLean loves when the participants argue and fight with each other because he doesn't care about anything other than money. The Total Drama cursor and cartoon pointer with Chris McLean and Mic! 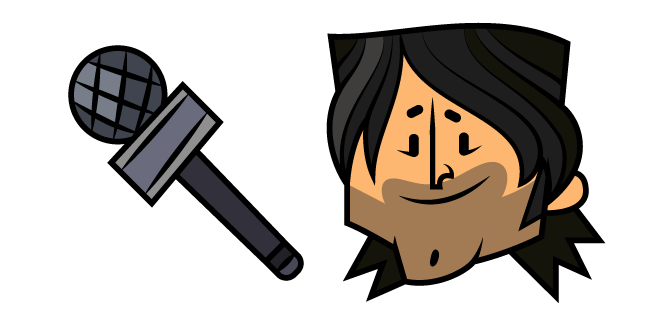