Donatello, nicknamed Don or Donnie, is a superhero and one of the four protagonists of the Teenage Mutant Ninja Turtles series. He is depicted as the smartest and often gentlest of his brothers, wearing a purple mask over his eyes. He wields a bō staff, his primary signature weapon, which looks like a red stick. He is the adoptive and mutated son of Master Splinter. Teenage Mutant Ninja Turtles cursor pack with fanart Donatello cartoon cursor. 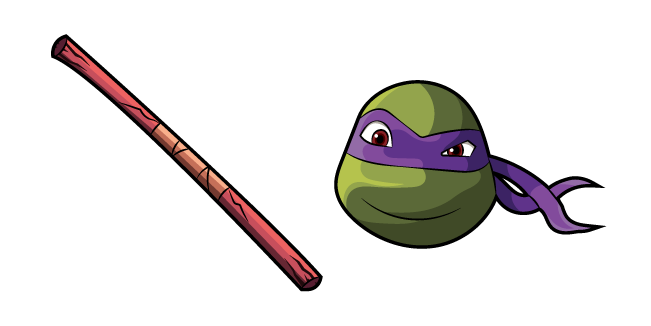