Hitch Trailblazer is a male Earth pony and one of the main characters of My Little Pony: A New Generation and My Little Pony Generation 5. He is the law-keeping sheriff of Maretime Bay, deeply cares about his friends, and takes his responsibilities seriously. In the film Hitch first appears as a young colt and friend to Sunny Starscout and Sprout. The MLP and cartoon cursor with Hitch Trailblazer. 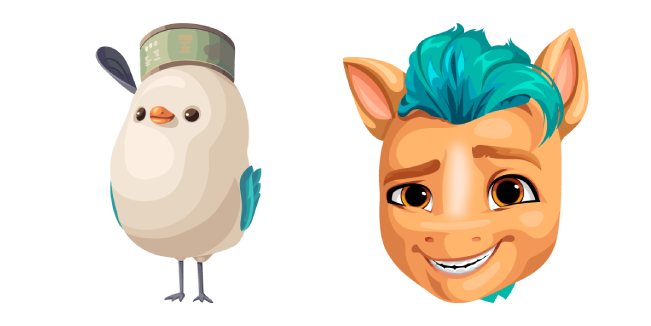