Bananas! That's the only thing that is important for these charming little cartoon characters named Stuart and Bob. Minions are fictional yellow creatures that appeared in Illumination's Despicable Me franchise. They are shown as cute little helpers with their childlike behavior and unique language, which is largely unintelligible. They usually wear blue overalls emblazoned with Gru's logo, black rubber gloves, shoes, and goggles. Minions Stuart and Bob cartoon cursor. 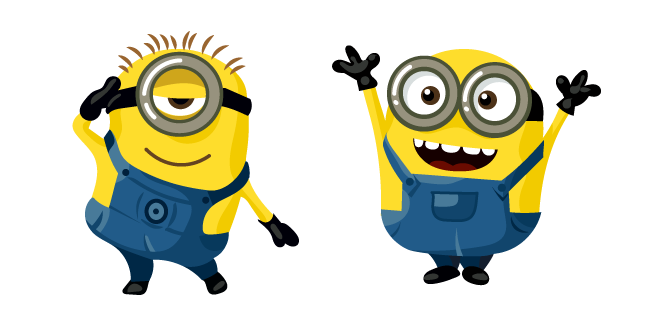 The Amazing World of Gumball cursor