Become a master of kung fu with our fanart Kung Fu Panda Po cursor pack. Master Po Ping, or simply Po, originally named Lotus, is the main protagonist of Kung Fu Panda. He is the adopted son of Mr. Ping, the biological son of Li Shan and Li's wife, and one of Master Shifu's students at the Jade Palace. He is also the foretold Dragon Warrior of legend and a master of the Panda Style of kung fu. Though clumsy and unaccepted at first, Po persisted and fulfilled the destiny of the Dragon Warrior by defeating Tai Lung and discerning the Dragon Scroll, becoming a hero to everyone, including himself. 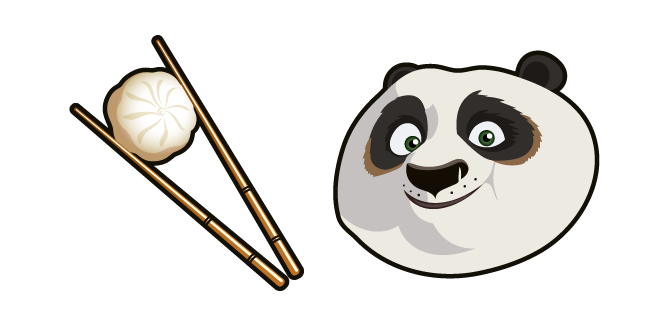 Over The Garden Wall Wirt and Cassette cursor

Cloudy with a Chance of Meatballs Bananostrich cursor