Viking warrior of Clan Hofferson of the Hooligan Tribe named Astrid Hofferson is here to protect you from the evil dragon and show you how to train your dragon. This is a self-assured, competitive champion of the Dragon Races and Hiccup's longtime girlfriend. She is the Academy's Sharp Class dragons expert despite the fact that her favorite species, the Deadly Nadder is a member of the Tracker Class. HTTYD cursor with Astrid Hofferson and Axe cartoon pointer. 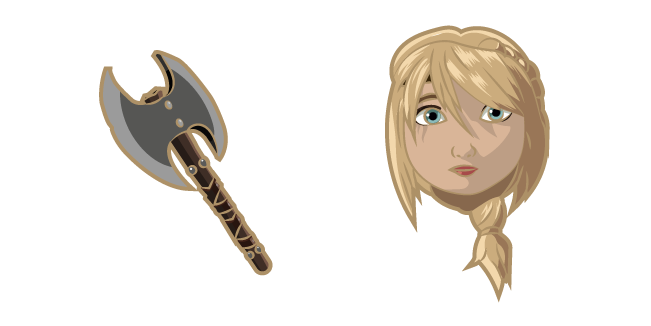